PLEASED TO MEET YOU

They say that our lives change every seven years; mine has certainly had.

♦ I was born in Buenos Aires, Argentina’s big city, and, come age seven, moved to the countryside with my family because of my dad’s work (he is a chemical engineer working in the food industry).

And so, I learned what being an outsider is like right before I could spell my full name.

Argentina’s big Buenos-Aires/rest-of-the-country divide did not help, as I was quickly adored by some and criticised by most simply because of where I was born. My origin preceded me. Yes! In my own country and only 200 km away from my birthplace!

♦ Funnily enough, when my family and I moved back to Buenos Aires in my early teens, I immediately became the ‘country girl’ – an outsider in my own town. Speaking of cultural stereotypes!

Even in my high-school ten-year reunion one of my former classmates who, among other things, writes comedy for TV, made a sketch about my moving to the big city and joining their (then our) class. He gave me a facón (a traditional knife used by gauchos) as a souvenir! Never mind what my birth certificate says nor that I was living, working, and studying in my hometown or that I had no idea how to ride a horse or plough the land.

But it did not bother me because I had gained something better: wonderful friends, of course, but, also, insight and the ability to see and understand ‘the other perspective’.

♦ By then, I was running the training department at an Argentinian company servicing the remote interpreting market in the United States. Having experienced this ‘otherness’ first-hand helped me take my role as over-the-phone interpreter trainer into new turfs, adding intercultural awareness to my team’s skills mix and going way beyond words in preparing for the task in hand.

During the seven years I worked for this company (yup, seven again), I held the hand of over 200 colleagues as they did their first professional interpretations, as well as interpreting daily myself. I am so proud of it and of them!

Translation School gave me the United States and Britain and all their history and wonderful literature. It gave me Spain and its writers and Latin America’s literary avant-garde. I learned the very important academic stuff; the semantics, the linguistics, the comparative grammar, and everything I needed to step into the United Nations and make any Head of State proud.

I learned to translate for world peace.

The Hispanic population in the United States being so diverse, I had at work a front row seat to Latin America’s vast culture and its myriad of accents, regionalisms, idiosyncrasies, and worldviews. We were also dealing with everyday life: the different health, legal, and financial systems of each state and country, the parts of the car, the parts of the body and the many ailments that affect them, how gas, water, electricity, and more are supplied into a house, and what not. No academic exercises there, just real life.

I learned to translate the lunch menu.

♦ Those seven years ended with a broken engagement, a merger in the US that cost my bosses their biggest client, and a big question mark about the future dangling over my head. Remember the scene in Titanic when they bring the ship to a halt to try to avoid the big iceberg ahead? That is how I felt back then.

Wedding cancelled, I went back to the drawing board and to school as in my heartbreak I remembered how I once wanted to interpret for world peace.

I got my postgraduate diploma in Conference Interpreting and went freelance. But something was amiss, so, encouraged by a dear friend of mine and with the support of my amazing friends and family, I took a deep breath and jumped.

♦ In January 2015, and mid-way through a new seven-year cycle, I sold every single item I owned (except for a few heirlooms I adore), packed one suitcase, and relocated to London, United Kingdom.

There I was again, an outsider. A foreigner setting up residence – and shop – across the world.

I remember my first months in London as exploratory of the local professional market, of where to have my watch battery replaced, of where on earth the winding Thames was every single time I turned a corner, and of what type of career I wanted to build for myself.

And then, as serendipity always goes, one morning I found myself interpreting at a meeting in Canning House with a visiting delegation from Mexico and having one of the strongest and clearest epiphanies of my life.

Just like that, sitting in that room, MCL Interpreting and, then, MULTILATERAL were born.

Everything in my life had prepared me for it. My education, my professional background, my first-hand knowledge of Latin America and in-depth studies of the anglophone world, my strengths and skills, my personal experiences of otherness. Even my Sunday walks around London had prepared me to enhance the delegates’ visit to my new town with ad-hoc sight-seeing and shopping tips.

I have always had a foot on each side of a cultural gap, no matter how close or distant those cultures were. I have been ebbing back and forth over the language divide for most of my adult life, gently carrying others over the language barrier, making sure there are no glitches in the communication and that messages are clearly conveyed.

♦ At MULTILATERAL, I seek to continue to do precisely that: provide culturally-sensitive language support to British and Latin American diplomats, businesses, and professionals.

I have come a long way since the day I landed in Heathrow and almost cry with fear and excitement. I aimed high that day and I still do.

I believe Latin America is the world’s last frontier, rich in natural resources, world-class human talent, and consumer markets yet to be explored. I would love to see it flourish and grow in a sustainable and cared for way that benefits all parties involved. I am truly honoured to be able to do my humble bit.

I also believe the role of interpreters and our contribution to growth, development, and, yes, world peace, is not always known or properly understood and that ‘the market’ has not always treated us and our clients fairly. Never in the spotlight, good, professional interpreters help to tackle misinformation and misunderstandings and keep them from resulting in lost opportunities, conflict and, even, war. How? By enabling clear communication and helping to bring conversations to safe harbour.

♦ So here I am, starting another seven-year cycle (my sixth, in case you were keeping count) and aiming higher than ever as I intend to combine all of my knowledge and skills with the easiest-to-use technology to let words connect worlds.

Would you join me?

9+ years interpreting for the corporate sector 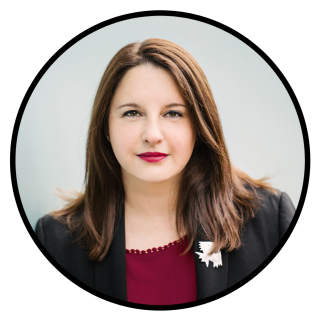 Cecilia Lipovsek – the Diplomatic Interpreter. I am a communicator through and through; from the heart. Born in Buenos Aires and a Londoner by adoption since 2015, I have lived and worked on both sides of the Atlantic, a foot on each side of the language and cultural divide.

You have Successfully Subscribed!

Last May, Sheila Harkatz, founder of Mujeres en Carrera, a Latin American Edtech initiative that promotes business and financial inclusion of girls and women, invited me to present a webinar about multicultural communication and doing business internationally.

It was a great opportunity to share my experiences and lessons learned in my work as a diplomatic interpreter about how different cultures interact and communicate.

Do Terps Have to Be Pretty?

Looking ‘presentable’, ‘polished’, ‘elegant’ or, yes, ‘pretty’ is another way to mind the little things, to reassure your client that you have his/her back, that you are part of the team all before you utter your first word. It is another subtle way to build trust.

I found in it the blueprint for a deeper process; one that entailed loads of self-awareness, goal-setting, and story-telling. No wonder the very first sentence reads “You already have a brand”.

In times of Covid-19, keeping communication channels open is more important than ever; but how to go about it when you cannot leave home and, on top of it, do not speak the same language? Fortunately, technology is here to help.